Tailored packages to suit your needs..

for a complete authentic audio

who changed our lives.

Because of you, we do what we love...performing your

songs to thousands of delighted and 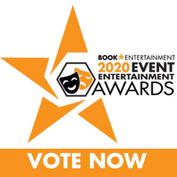 Beatles Tribute performance one to remember

THE VOX BEATLES - The UK's leading premier professional authentic Beatles Tribute band available for weddings, corporate events, theatres & TV work, cruises and private functions in both UK and abroad or as you would say... "Across The Universe".

On a more technical note, authentic Vox amplification, and instruments including Gretcsh, Gibson Les Paul, Rickenbacker, Epiphone and Hofner guitars are used to provide a high quality authentic sound you would expect to hear from a reliable and experienced Beatles tribute.   THE VOX BEATLES  Sets comprise of a number of costume changes including the Black Chesterfield suits, Shea Stadium jackets, Sgt. Pepper outfits & Rooftop looks.

Celebrity supporters include Helen Shapiro, Ken Dodd, Stephen Mulhern, Shane Ritchie,  &  many more.... We are also delighted to announce that we have been inducted on Brighton's very own Palace Pier "Walk of Fame".

Extremely popular with audiences worldwide, THE VOX BEATLES really do pride themselves on being one of the top ten beatles tribute bands in the UK and abroad & have plenty of satisfied, happy customers over the years to prove it !

***LATEST NEWS !***
We are delighted to have been recognised and chosen by WOFM to be inducted on Brighton Palace Pier's very own WALK OF FAME.  We now have our very own THE VOX BEATLES plaque which will be displayed for years to come !